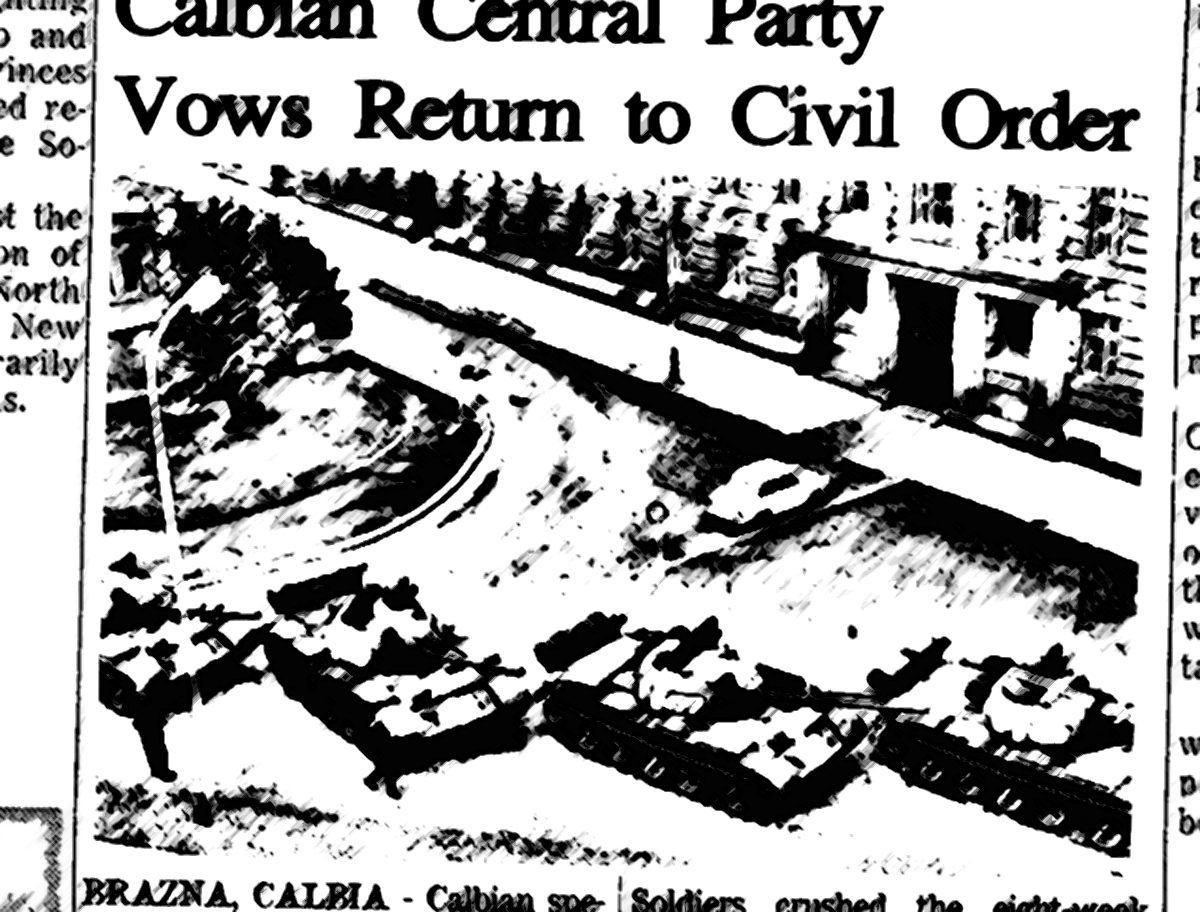 One of the major differences between This War of Mine and A War of Our Own is the need for greater context and world-building for role-players. People need to be able to understand more of what motivates them, their history and their past than in a video game. So, at the beginning of A War of Our Own, we decided to create our own setting, inspired by but not exactly copying conflicts of the past and present.

That’s the reason we created our fictional nation, to remove it from contemporary politics while giving something for our players to dig into.

Calbia is a small nation that has been a crossroads and puppet of other powers for a very long time. It exists only in our imagination, but contains echoes of conflict regions throughout the world, past and future. We decided to present Calbia as it would be presented to most of the world – through news clippings and dry facts that come together to tell the story of a place of grievance, struggle and conflict that led to this tragic state of affairs the players find themselves in.

If you are a player, or just curious, here are the artifacts that tell the incomplete story of Calbia.

All these materials are in this Dropbox folder. If you have difficulty reading the news articles, cleaner larger versions are here.

This isn’t the end of the background – as players are divided into ethnic and regional groups, they will learn the “real story” of what happened in Calbia from their perspective. And some of it might actually be true.

Special thanks to Jason Morningstar from Bully Pulpit Games for the thurna handout and text; as well as to Jackalope staff member Matthew Webb for the news clippings, flags and factbook page; and to staff member Steve Metze for the demographics maps.