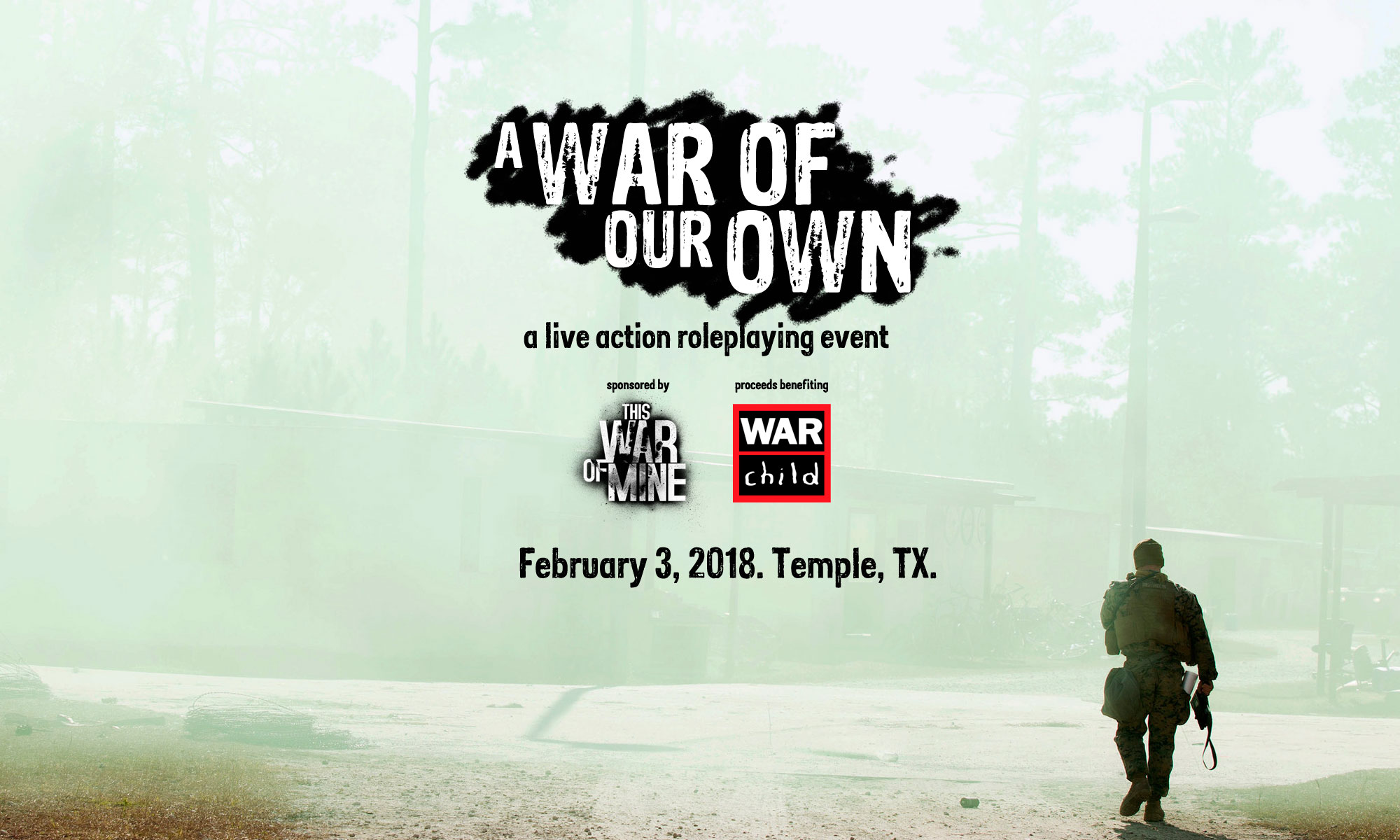 A new LARP studio in Texas is recreating the struggles of wartime civilians for charity, with the support of the game studio behind This War of Mine.

Jackalope Live Action Studios has secured the sponsorship of 11-Bit Studios in creating a live action experience based on their award-winning video game This War of Mine for the benefit of the charity War Child. Titled A War of Our Own, the live action experience will explore struggles of civilians living in the fictional war-torn country of Calbia. Proceeds from the event will be donated to War Child, a charity that works with the care and education of children whose lives have been torn apart by war and conflict.

Temple Airsoft is also donating materials, vehicles and time to the event – a veteran owned and run business whose help makes it possible to run this event.

Released in 2014, This War of Mine was set in a fictionalized version of war-torn Sarajevo during the Bosnian War. This new LARP event seeks to recreate the same feel and message, to build empathy and understanding of the strife suffered by millions in the world in conflict zones. Now, 11-Bit Studios has agreed to support and sponsor the live action event inspired by it, even donating free copies of the original game for those who buy tickets.

“The tagline of This War of Mine is ‘in war, not everyone is a soldier’,” says Matthew Webb, one of the organizers, “We want to keep to that message. We want to highlight the often-invisible people outside of the battles, who never hold a gun, who have to try and survive or escape in these terrible conditions. We can’t really show you what it is like to deal with that uncertainty, but we can put the struggles of refugees and survivors in context. That’s what we want, and we want to do it in a respectful and educated way.”

The production is taking its subject seriously. The writing and creative team for A War of Our Own includes several veterans, including its lead consultant, Steve Metze, who is a veteran of both the Iraq and Bosnian conflicts.

The first run of A War of Our Own will be on February 3rd, 2018, in Temple, Texas, near Austin, Texas and Waco, Texas. For updates, subscribe to their mailing list below, or join their Facebook group.