Our Statement of Ethics

A War of Our Own, Jackalope Live Action Studios, and all of our partners and staff are dedicated to using live action experiences in an ethical and constructive way. A War of Our Own is not meant to be a true reproduction of the tragedy experienced by real refugees and survivors of conflict zones. Our intent to grow empathy and educate Westerners on the struggles which others less privileged than ourselves experience every day throughout the world.

We are committed to creating a powerful and informed but ultimately fictional experience that helps people remember the realities others suffer; while helping through donations and awareness the very real struggle for survival millions face.

We are committed to approaching this subject matter from an educated and sensitive position. We welcome questions and constructive criticism of our approach to these issues.

We can be contacted at info@awarofourown.com. 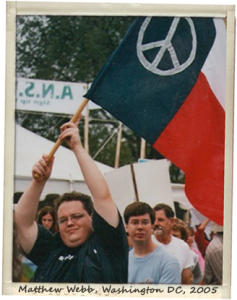 Matthew Webb is a native of Austin, Texas. He has 17 years of experience managing, and running games; and is an internationally recognized voice for LARP and augmented reality. Professionally, he works with international military and government entities managing live training exercises, which feeds into his passion for live experiences and their potential for broadening the mental landscapes of others. He specializes in simulations of the social and civilian environment, to teach soldiers and commanders about the human aspect and costs of war.

Matthew is a strong supporter of both veteran and refugee causes; and has been a proponent of responsible peacekeeping and anti-genocide efforts throughout the world. 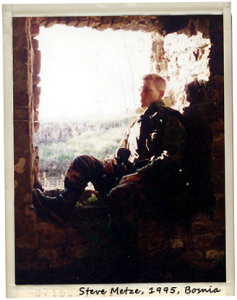 Steve Metze grew up in the Dallas-Fort Worth area and after graduating from West Point, began contract writing for Hero Games while deployed to Desert Storm. With a MFA in film and video production, he has over 25 years of experience in military public affairs. During this time, he produced two feature length documentaries, Über Goober, a film about gaming, and Year at Danger, a film about his experiences as a soldier in Iraq. A passionate videographer and photographer, many of the pictures on this website are his own from his deployments to those zones.

Steve earned the Bronze Star for his service in Iraq; and is still an active member of the National Guard. In addition to serving in both Iraq conflict, he served in the Bosnian peacekeeping efforts in the 1990s, which fueled his interest in conveying the realities of the ethnic conflicts and the day-to-day survival he saw there through A War of Our Own. 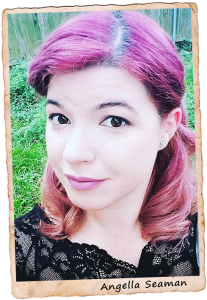 For question and concerns regarding community behavior and safety, she can be reached at safety@awarofourown.com.

Check back soon for other team announcements.